Hello Everyone, Welcome to the Pretty Pink Posh 2015 May Blog Hop.
You should have arrived from Yoonsun's blog.

There's a lot of products are being showcased right now we hope you enjoy every stop :). 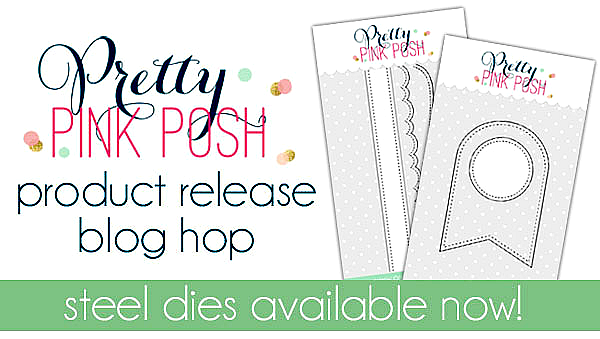 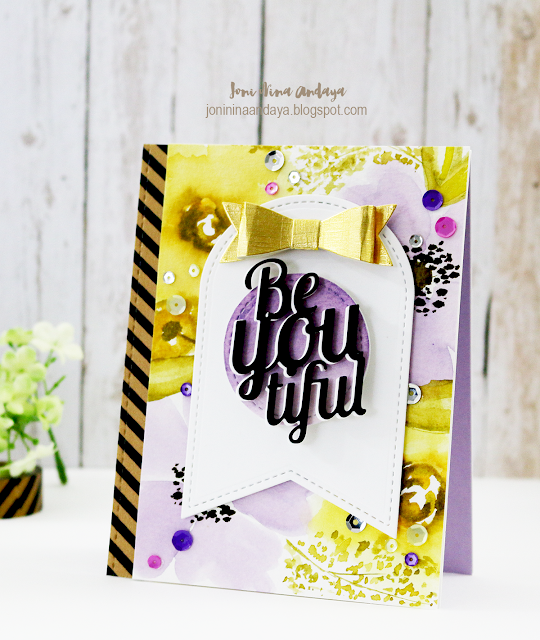 First I die-cut the gold and black washi on a piece of cardstock using the double stitched die from the Stitched Borders 3 dies and adhered on the side of my card base. Next, I adhered the flower panel that I watercolored. Then adhere the banner from the Stitched Banner Duo 2 dies. 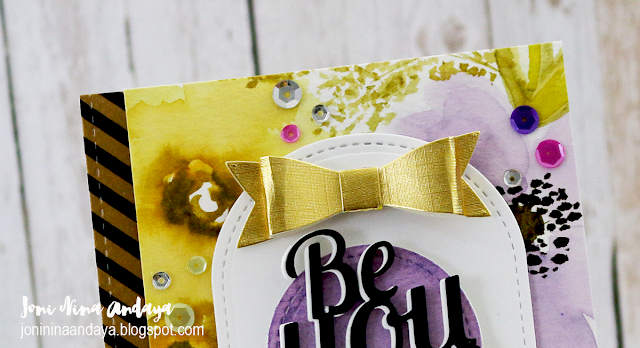 Next, I added the circle die-cut that I watercolored from the Stitched Banner Duo 2 dies to matched the color scheme :) and adhered it on top of the banner. The "Beyoutiful"sentiment die were from the Ellen Hutson Spring 2015 released called Beyoutiful. and the gold bow was die-cut from the old released from My Favorite Things Die-namics Dainty Bows.


To finish of the card I added some of the sequins mix from Enchanted Garden Sequins Mix in 4mm and 6mm. 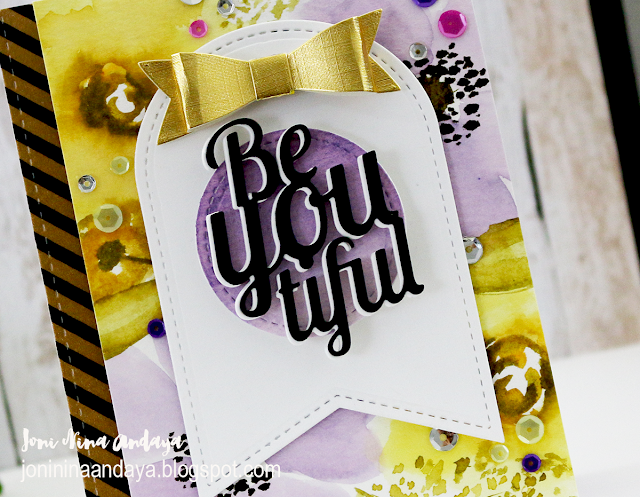 For this second card, I used the new pretty scallop die from the Stitched Borders 3 dies to create some clouds for the scene :). Before adhering scallop die-cut they were distressed first using the Peackock Feather from Ranger then adhered with foam tape. 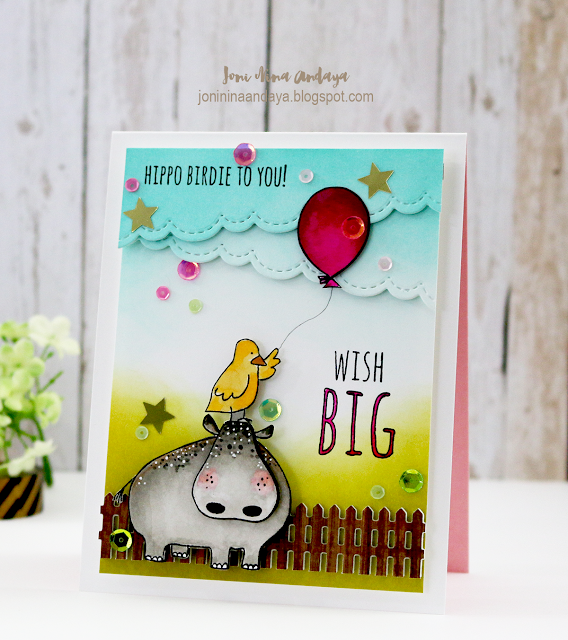 Once the clouds "scallop" were adhered. I then adhered the balloon (the string were just hand drawn) from the Essentials by Ellen Wish Big stamp set after coloring it with copic markers. Then adhered some gorgeous Iridescent sequins in Strawberry Burst 6mm, Pink Blush, Pink Peonies, Lime Sorbet,  and Large Gold Confetti Stars. 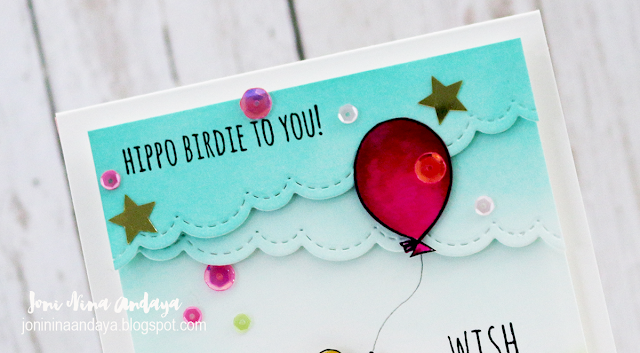 The hippo and bird were colored with copics but for the hippo I also added some white dots using the white gel pen to define his looks :). I also used the new green Iridescent sequins in Peridot Mist which is really pretty in real life. A gorgeous addition to make your grass add a little sparkle :).

The sentiment were also from the same set Wish Big stamp set. 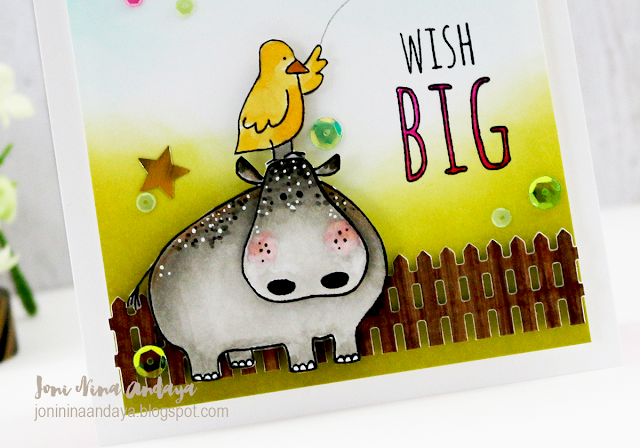 I hope  you guys enjoyed!


Giveaway Alert:
There are 2 $25 Gift Certificate up for grabs. Winners will be picked Randomly along the blog hop.
Comments must be left by 11:59 pm on May 18, 20115.
Winners will be announced on the PPP blog.

For more Inspiration and increase your chance to win
here are the lists of the Team :)


Thank you so much for stopping by.
Have an AWESOME day hoppin'