To begin I first cut the top corner of the card base with We Are Memory Keeper Corner Chomper.
Then, stamped the entire card base with the acorn image from GIVE THANKS then distress the top with Wplus9 Sweet Nectar Dye Ink and did some splottering on the card base using the Distress ink Vintage Photo. Next I adhere some Maya Road trim, adhere the die-cut sentiment from the GIVE THANKS stamps along with the border image, and the coordinating dies. The fussy cut acorn image was from QUIRKY CUTIES: SAMMY SQUIRREL. 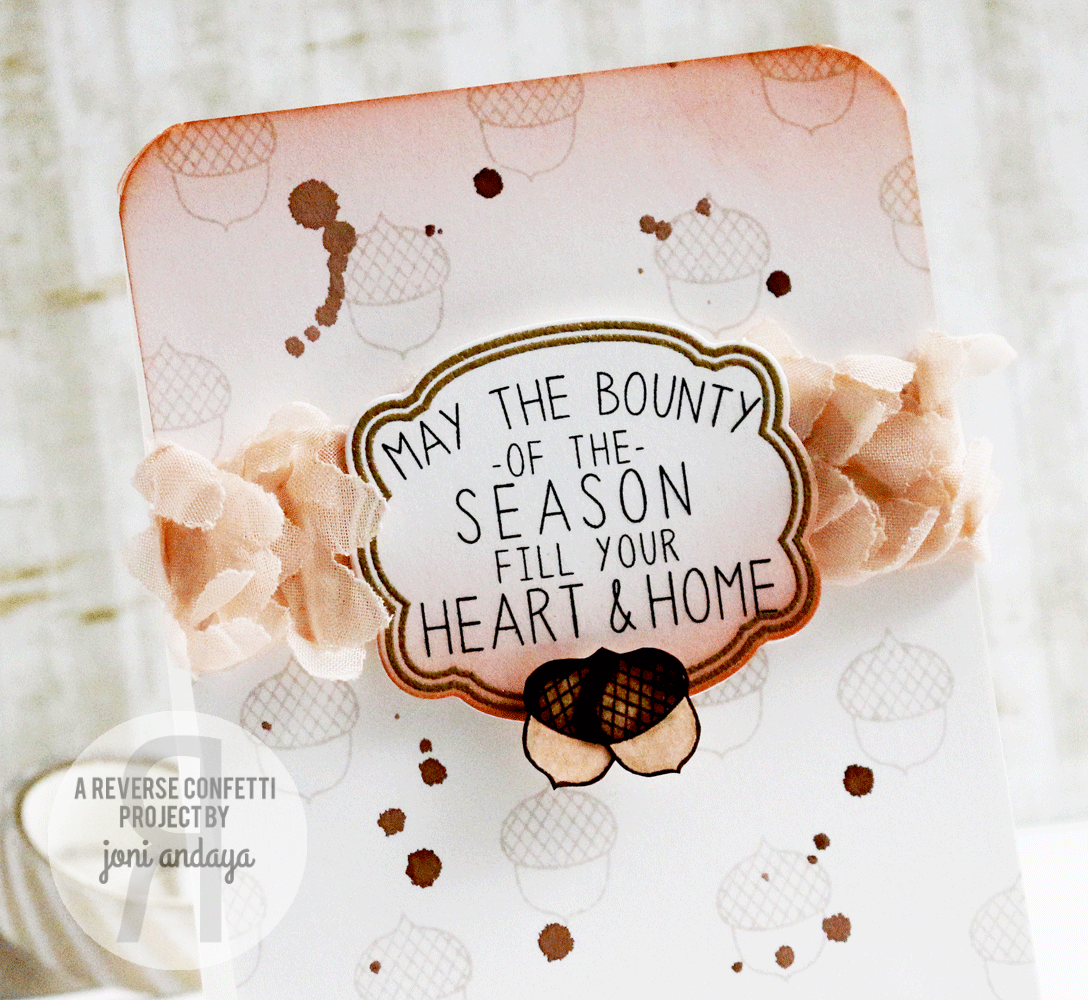 Here's the full view of the card. 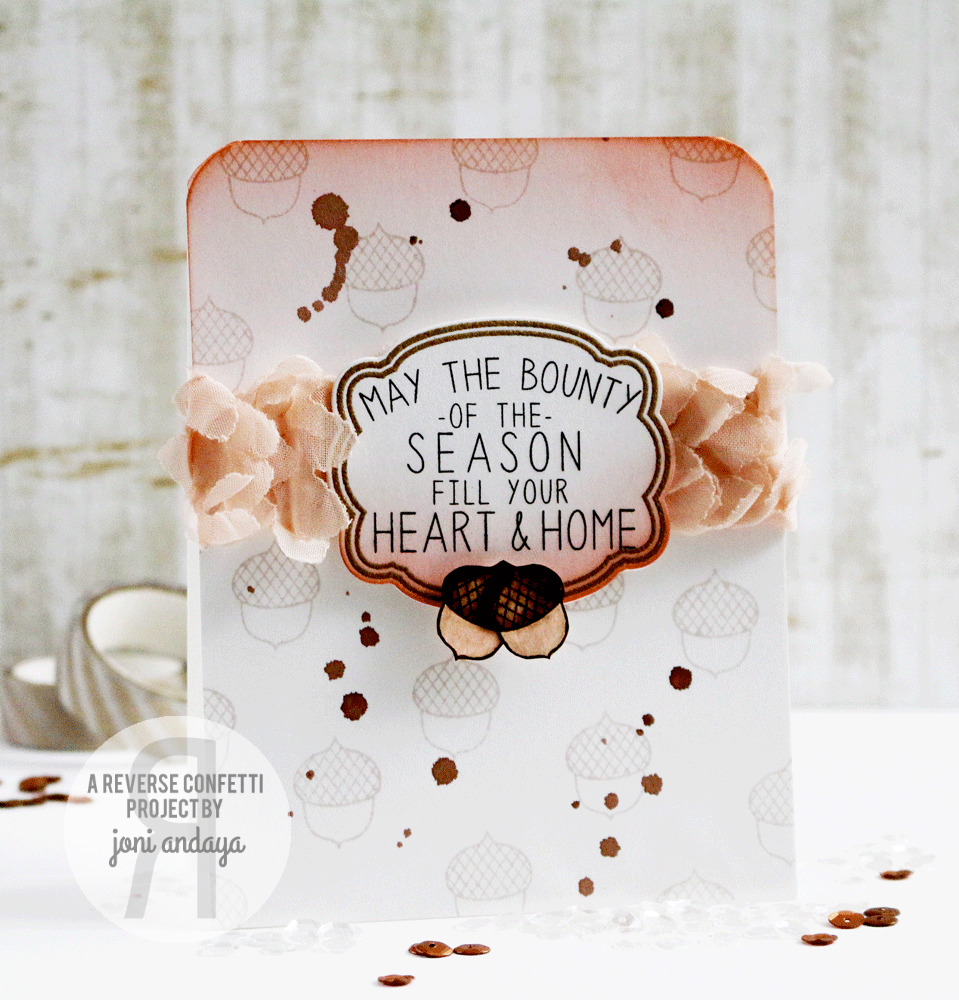 For my second project I then distress the bottom of the card base, then did some splatting for Studio Calico Shine. Next I adhere the die-cut PRETTY PANELS: Stars. I also used the circle die-cut from Circles ‘n Scallops Confetti Cuts. which also was distress then adhere the tiny stars from Pretty Panels: Stars and the broom from CAST A SPELL stamps and dies. The sentiment was also from the CAST A SPELL.  To finish off the card I added some Pretty Pink Posh sequins in Onxy, Sparkling Clear, and the wood veneers stars from Nature Embellishment Kit. 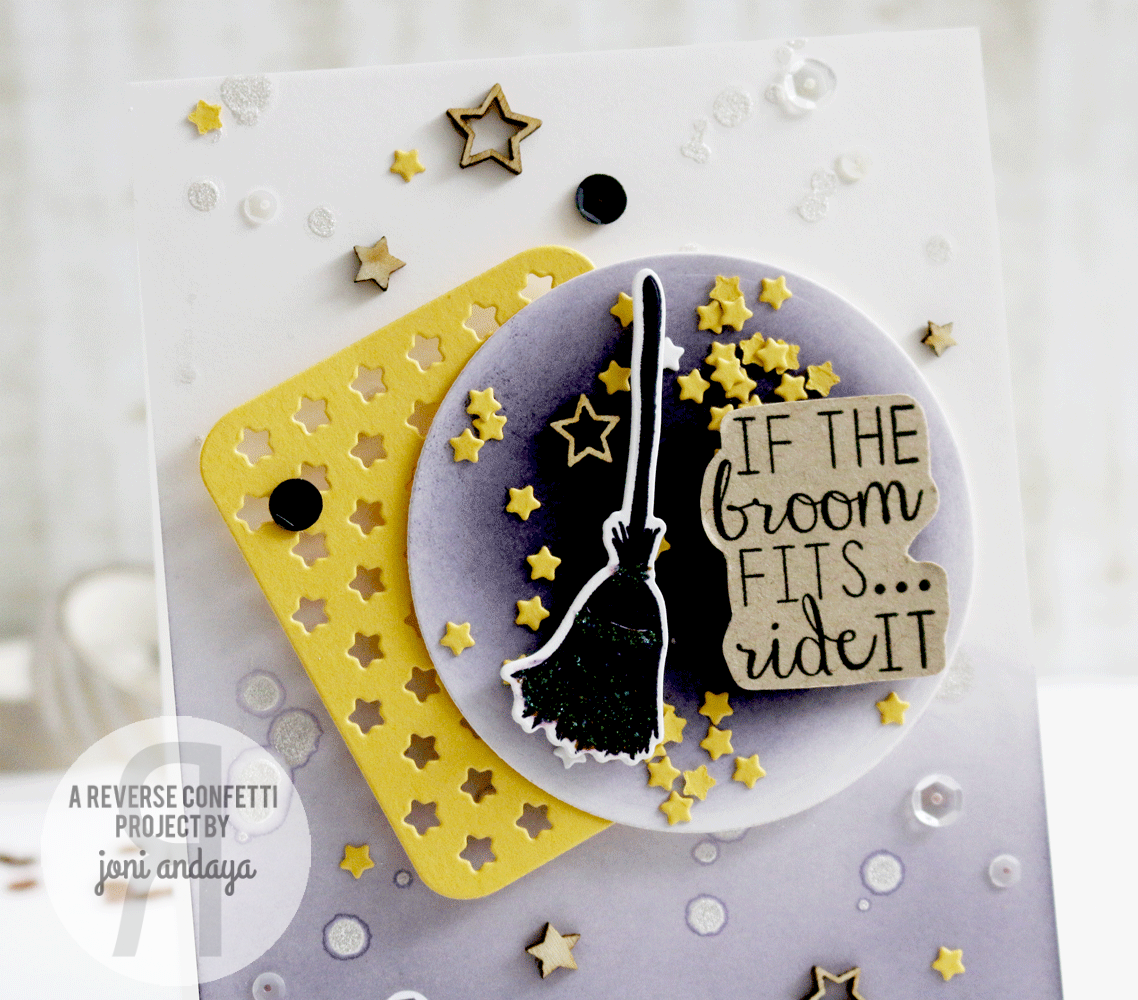 I also used the Tagged Tote for the giveaway with the card. I die-cut the TAGGED TOTE on a patterned paper and adhere the PRETTY PANELS:  Stars and adhere the broom on top. 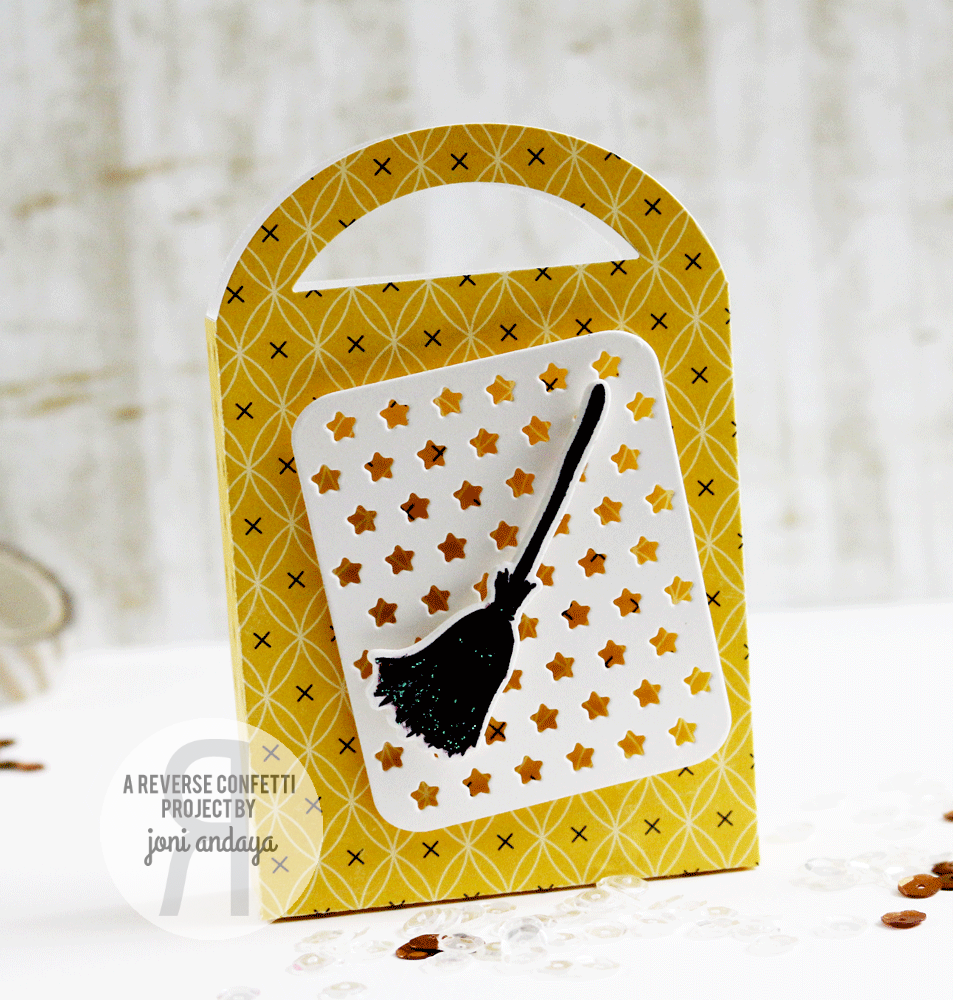 Here's the look of the finish card and tote. 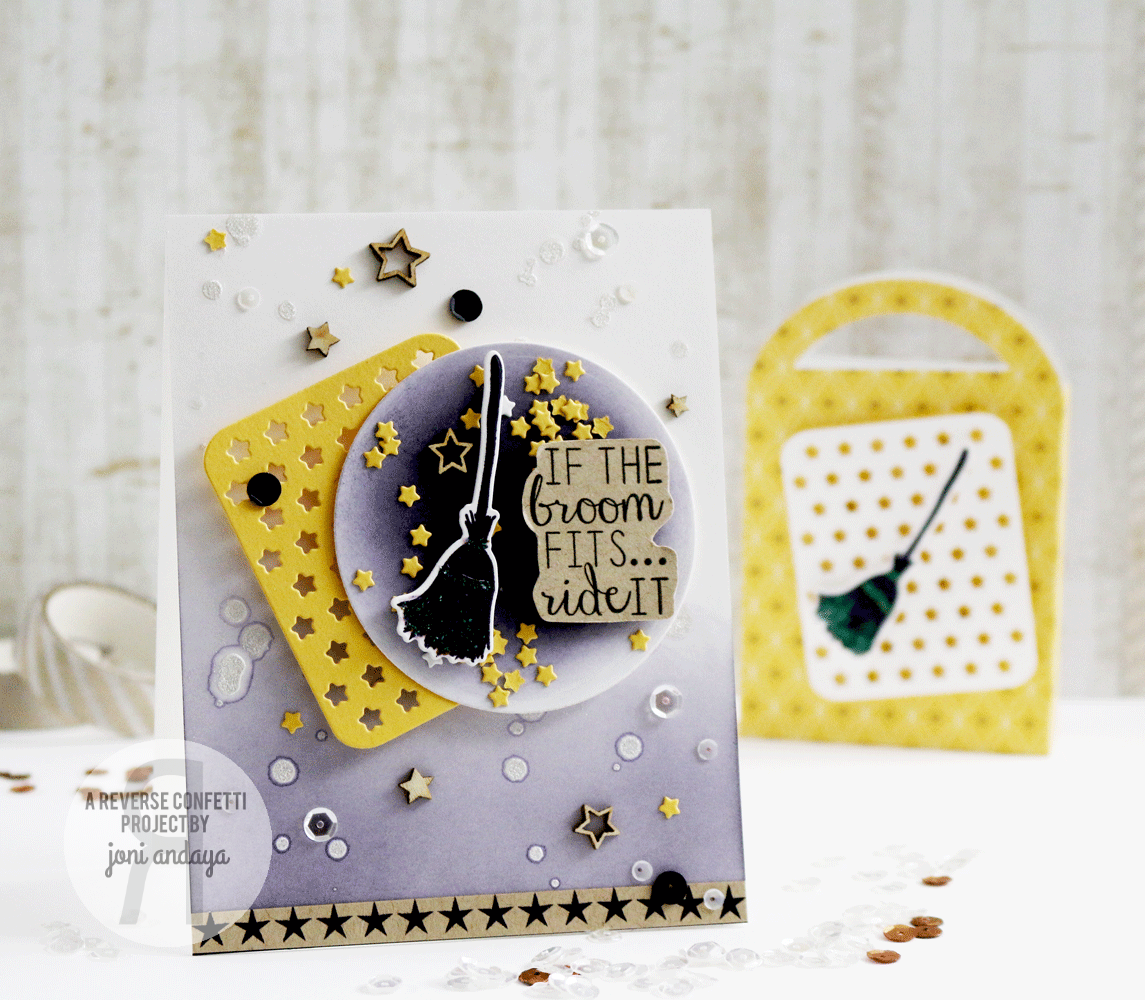 I hope you enjoyed these products :) 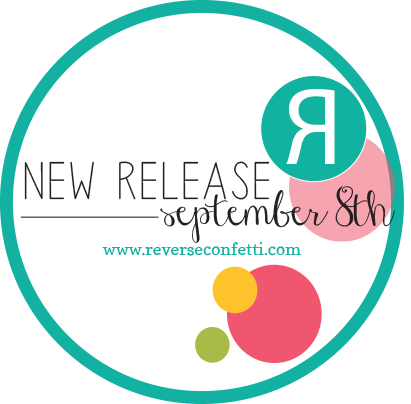 GIVEAWAY ALERT!
There will be two $15 gift certificate up for grabs. One Blog commenter, one for Facebook commenter.
Don't forget to leave a comment on each designer's blog post to increase your chance to WIN.
Comments will close at noon CST on SEPT 7th and the winner will be announced at 5pm on SEPT 7th on the RC Blog and Facebook page.

In addition to the Confetti Crew, our September and October ‘Fetti Friend is also posting today…

Thank you so much for stopping by :)
Have a WONDERFUL weekend. 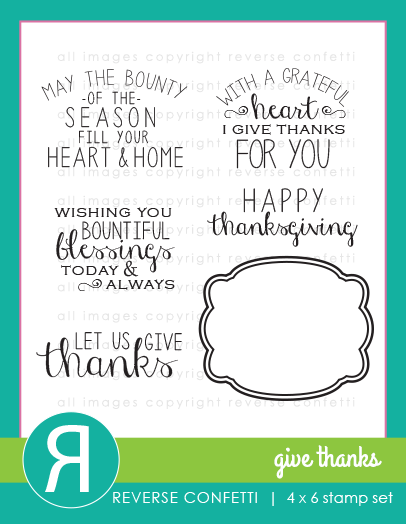 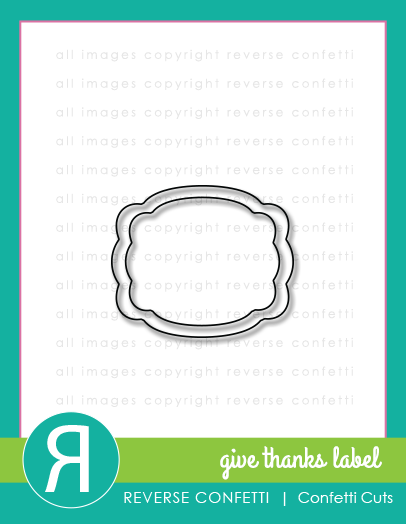 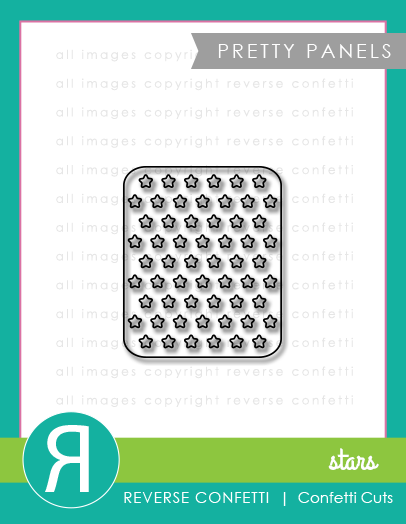 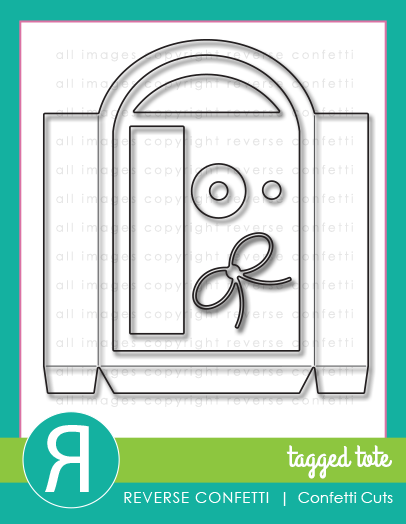 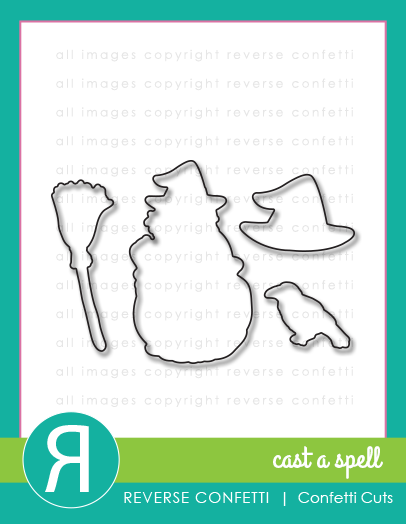 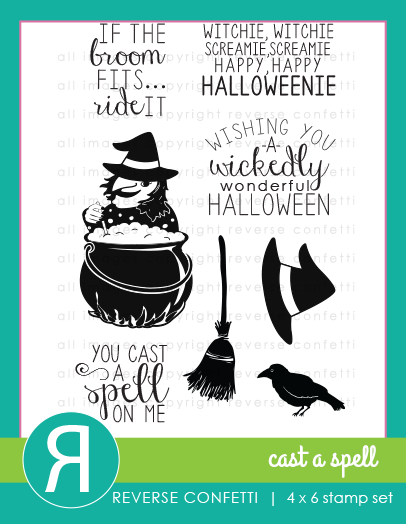 Email ThisBlogThis!Share to TwitterShare to FacebookShare to Pinterest
Labels: Cast a Spell, Give Thanks, Reverse Confetti